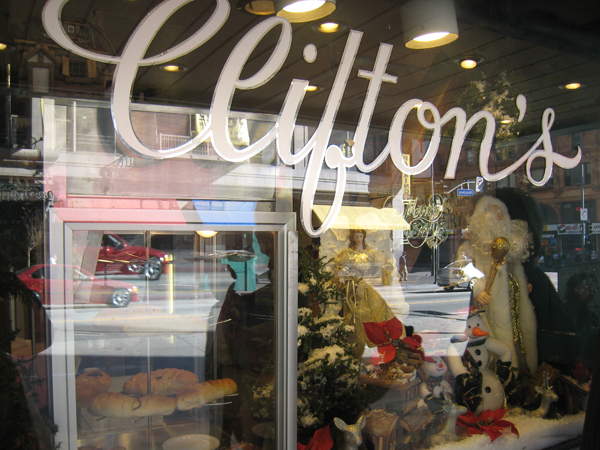 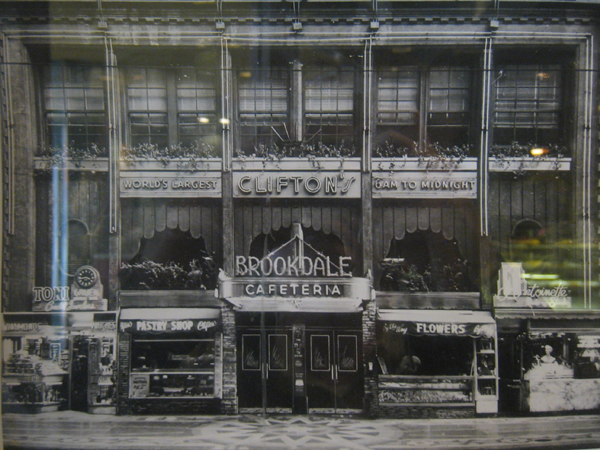 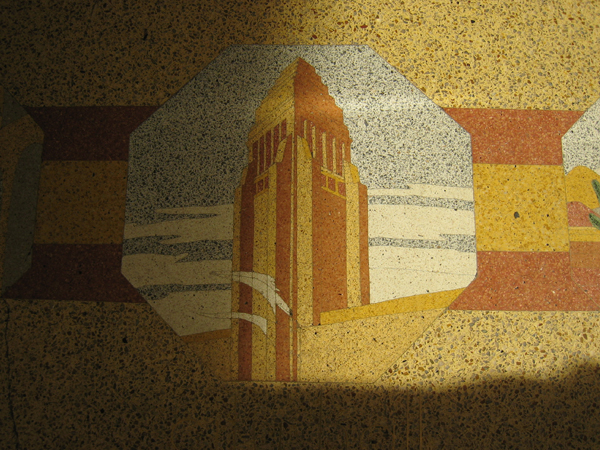 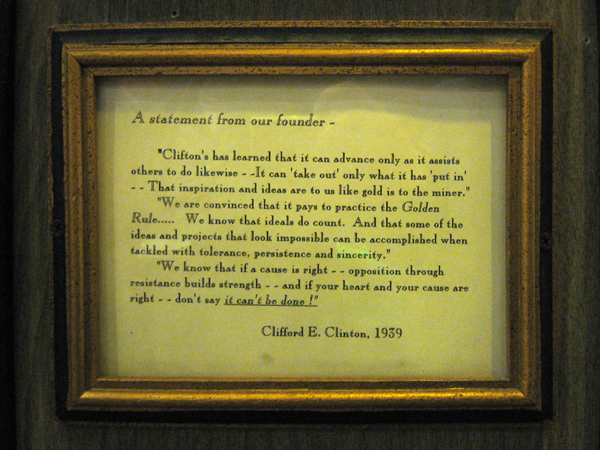 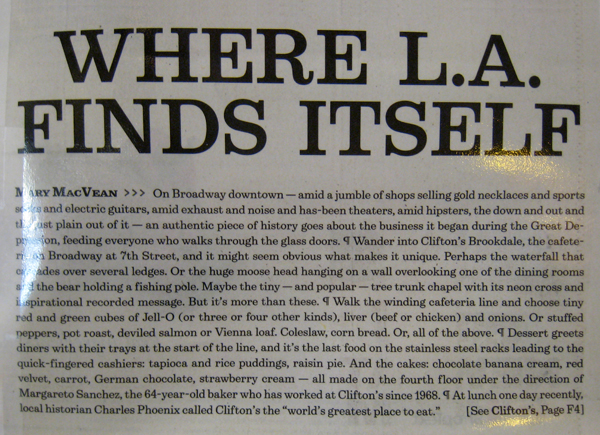 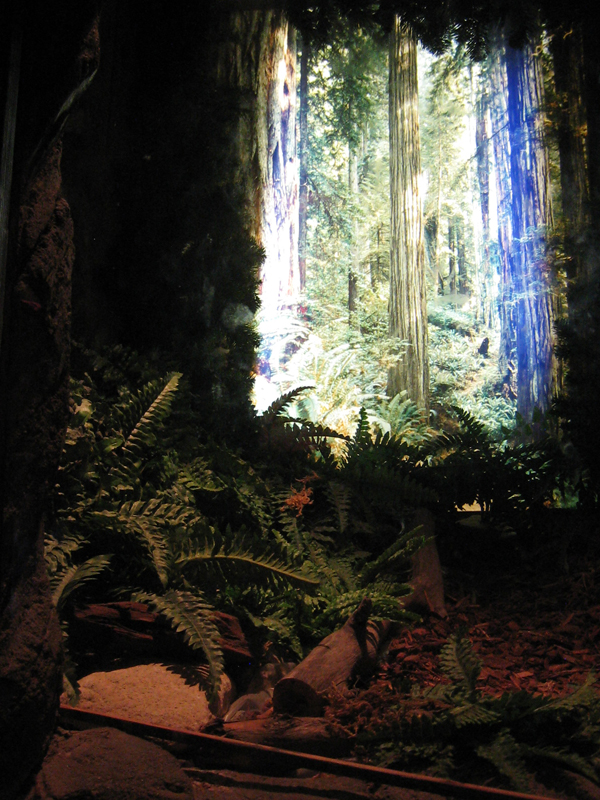 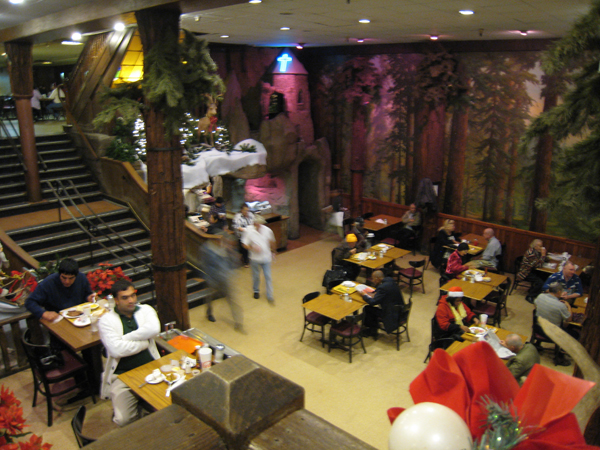 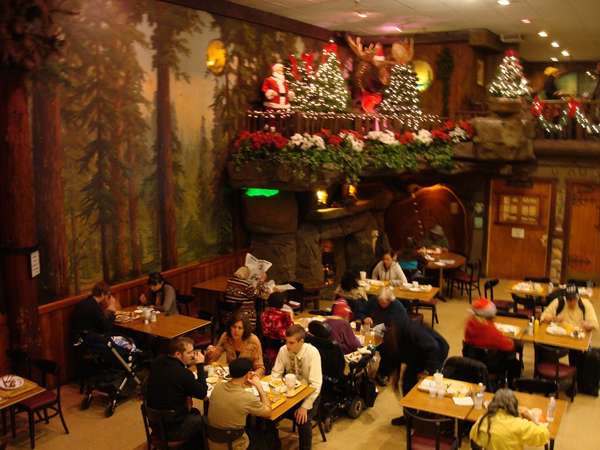 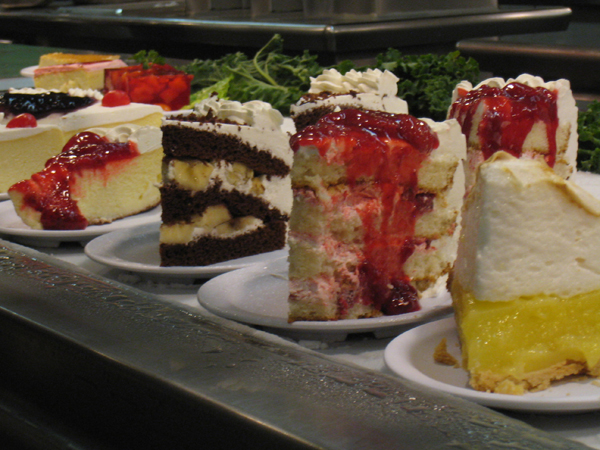 Clifford Clinton created his forest oasis during the Great Depression in 1935. Inspired by the family’s tradition of service, he created a world “… of imagination, dreams and whimsy—away from the troubles that we hope can be left at the door for just a short while.”

Ray Bradbury, Jack Kerouac, Robert A. Heinlein, Jerry Leiber and Walt Disney have all been loyal patrons. (This fantasy forest was completed twenty years before Disneyland.)

Check before you go—Clifton’s is under restoration. This year the Clinton family sold Clifton’s to luxury night club creator Andrew Meieran. His plans for preservation offer some hope—he transformed the old downtown powerhouse into the very nice
Edison nightclub.

Meieran will be adding a speakeasy, a cocktail bar and more, but also promises to restore Clifton’s original facade and old time charm, including re-creating the Water Wheel,
Old Tree Wishing Well, Limeade Springs, Sherbet Mine, and the long-employed greeter—a stuffed raccoon.   “All existing historic fabric will be thoughtfully and carefully retained—including the Chapel, the Waterfall and Brook, … the Redwood trees and Terraces—the elements that have made Clifton’s an institution for so many decades.”

Check out the panarama the L.A. Times created for Clifton’s Cafeteria.

UPDATE:
#thejellostays
After a four year restoration, Clifton’s Cafeteria  will conduct it’s preview celebration on September 17, 2015 and reopens October 1st. Let’s cross our fingers. The Los Angeles Conservancy has already praised Andrew Meieran’s preservation of Clifton’s ground floor and mezzanine and there’s been a lot of good press in the LA area.
And the jello? Yes, #thejellostays.