Beginning in 1951, John Ehn created haunting pioneer portraits for his Old Trapper’s Lodge that once stood near the old Burbank airport. 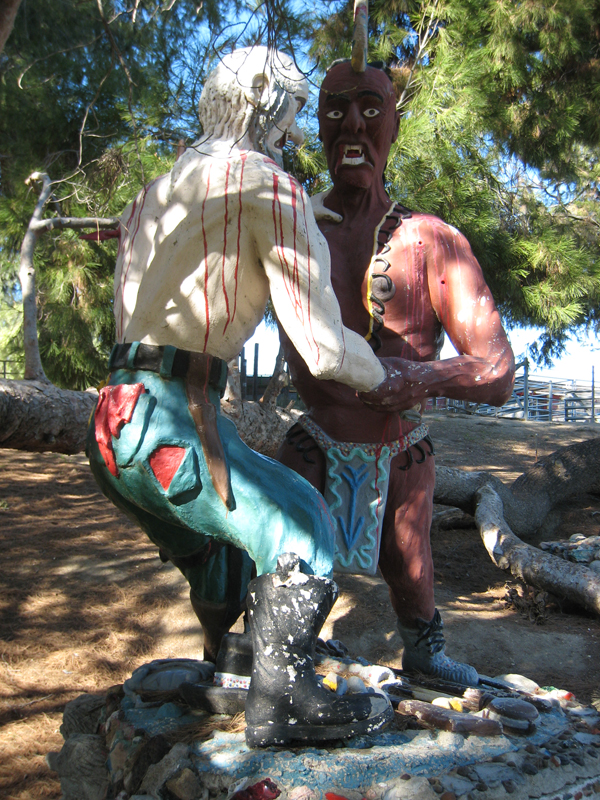 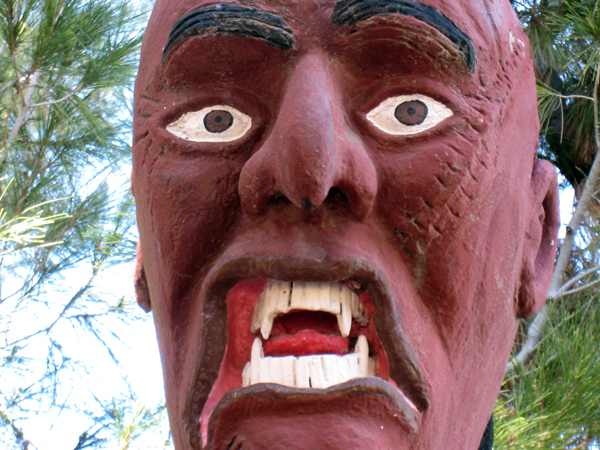 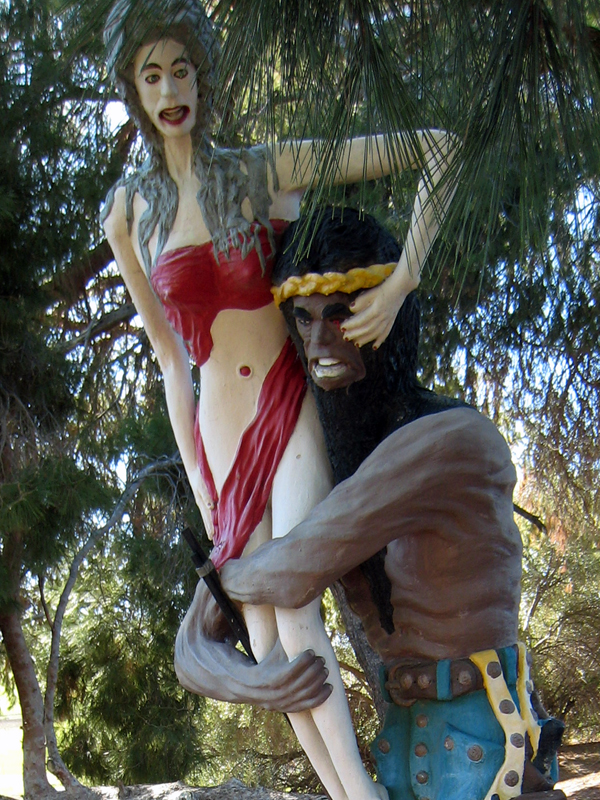 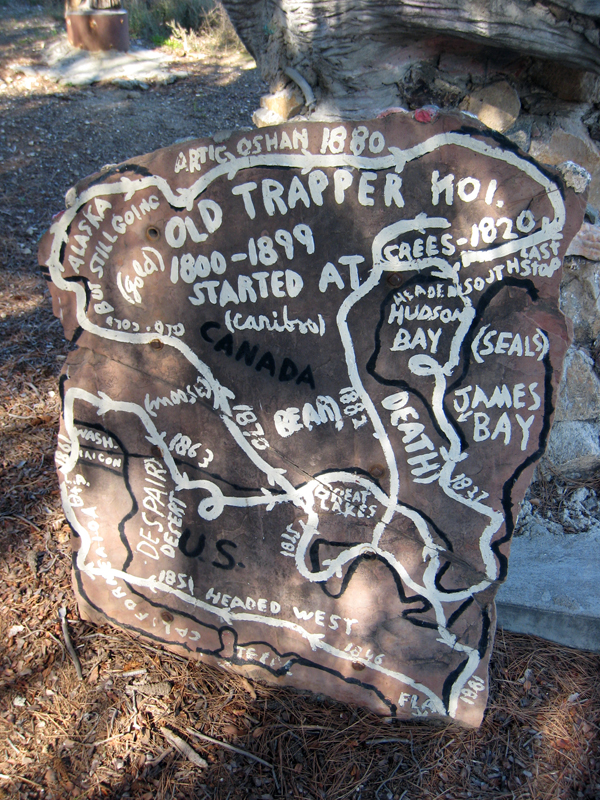 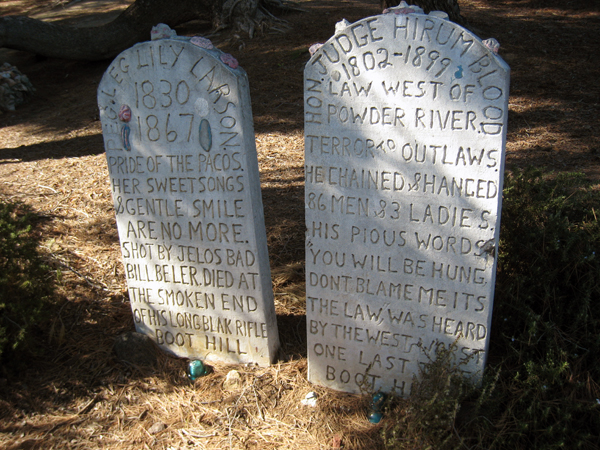 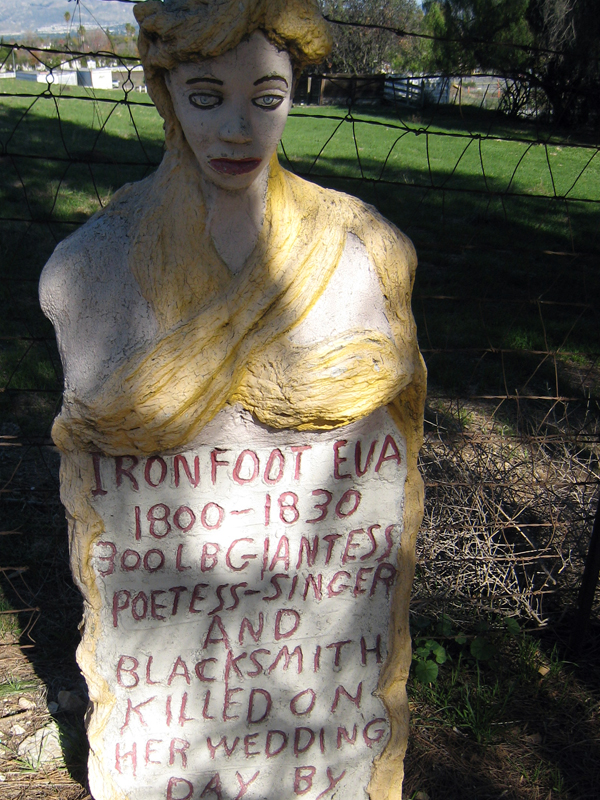 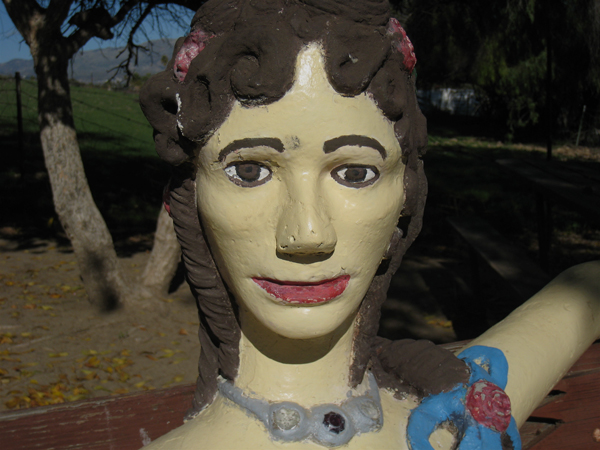 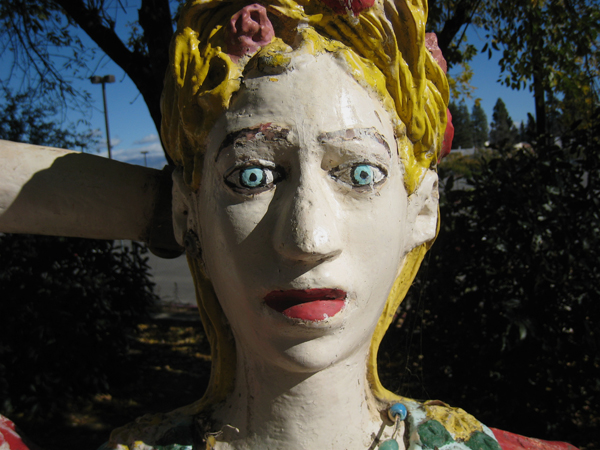 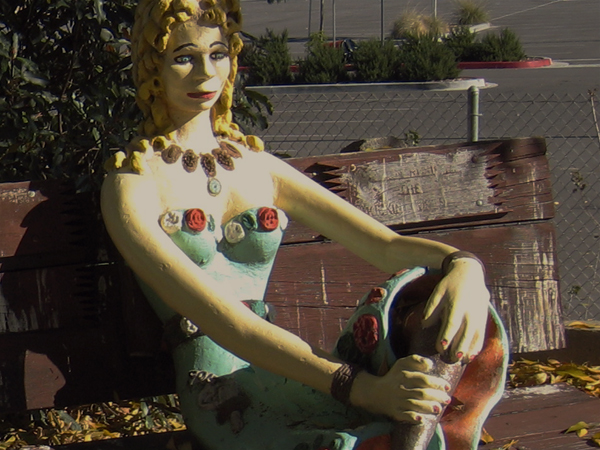 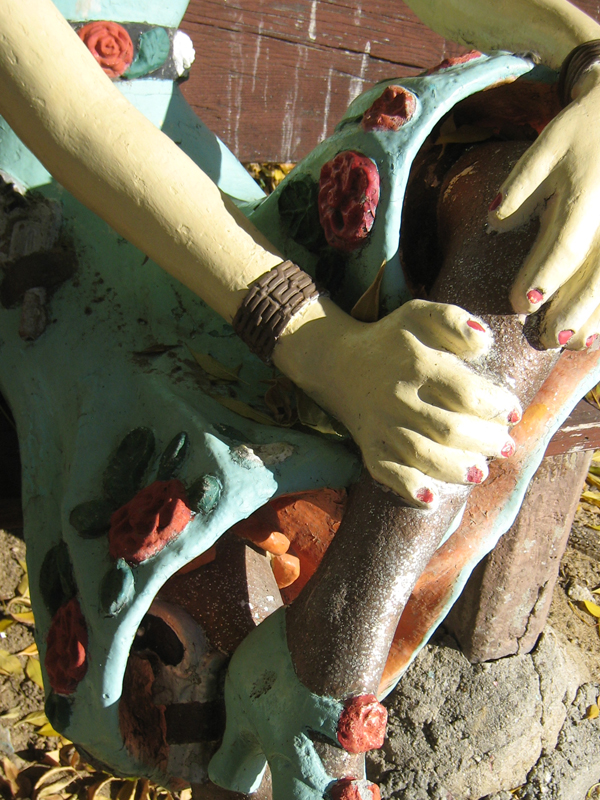 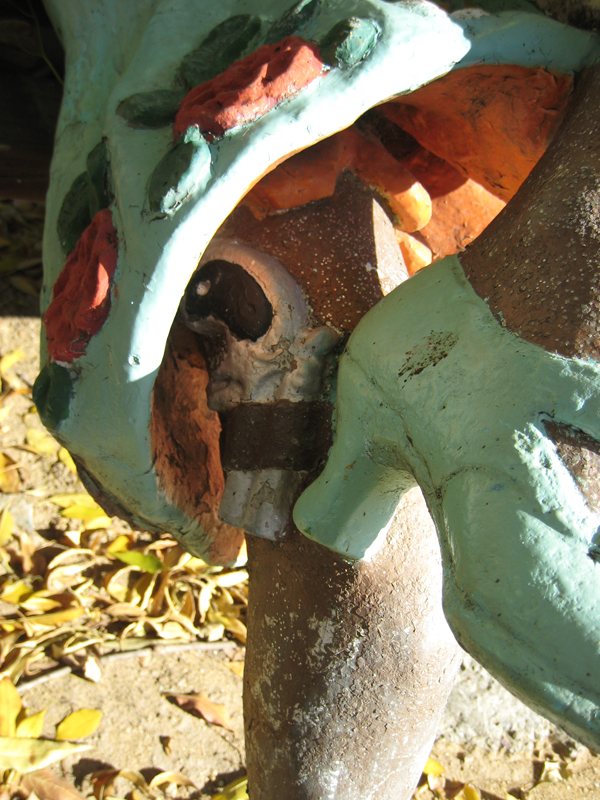 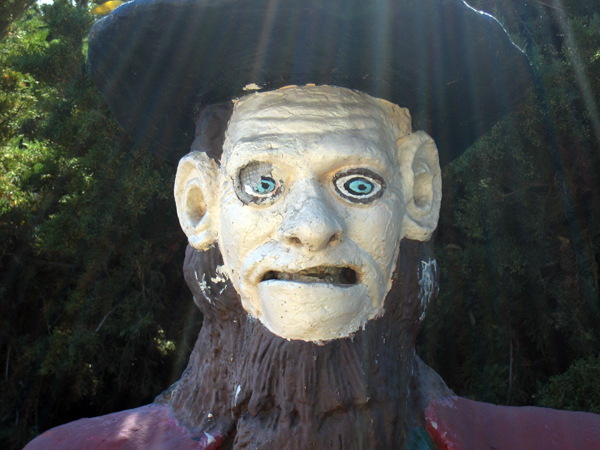 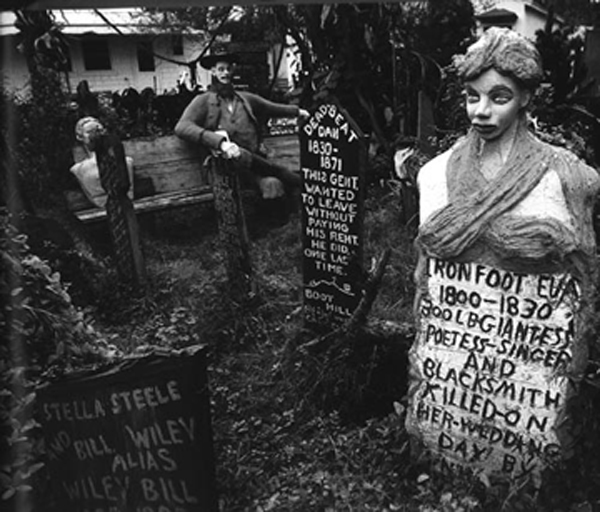 Like S.P. Dinsmoor’s Garden Of Eden in Lucas, Kansas (I might get to those photos soon), John Ehn populated his story-filled setting with lively and foreboding pioneer spirits—complete with their own ominous Boot Hill epitaphs.

Three years after the self-taught artist’s death in 1981, they’d been designated a state cultural landmark, but that was no assurance that they would be protected from city development.  An airport expansion soon threatened them and they were miraculously moved out of harm’s way to a grotto 26 minutes away behind the stables at Pierce College in Woodland Hills, just a half hour west of Hollywood on Highway 101 and where they can be seen today.

There are easily more than 50 pieces, and some of the cement inhabitants are on fully decorated and very heavy bases. No one seems to know who undertook the arduous task of moving these heavy characters, or even who maintains them to this day.

This entry was posted in creative thinking, photo blog, places that inspire. Bookmark the permalink.