The old South Street neighborhood was pretty desolate when I lived there. I rented a cheap room on nearby Kater Street alley and that 1890s working class rowhouse made no promise of being brought back to near-habitable decency any time soon. 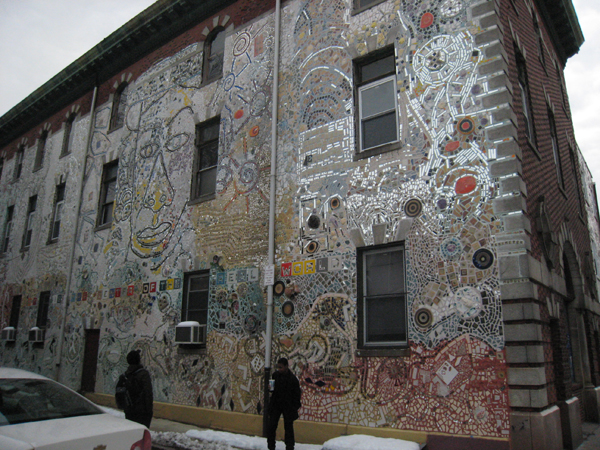 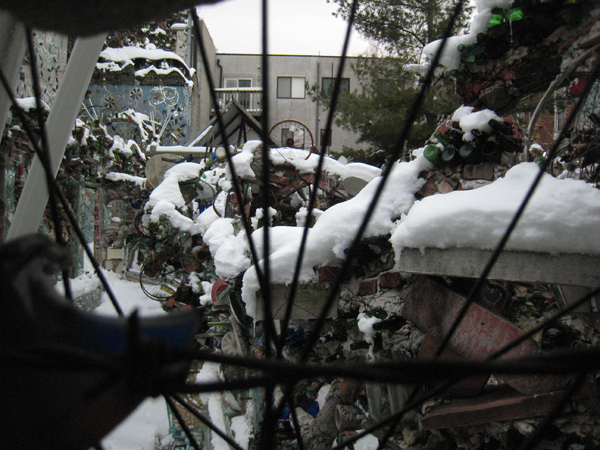 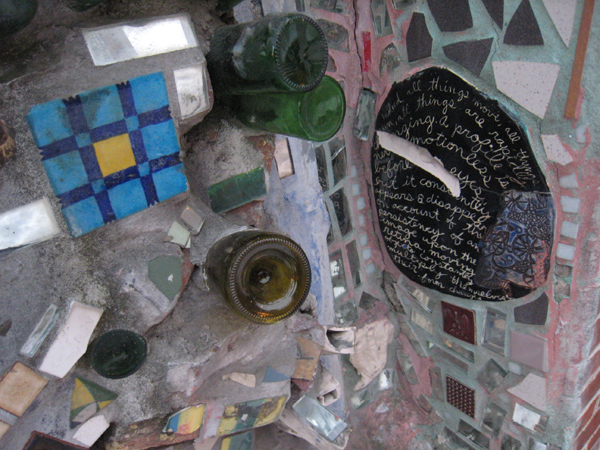 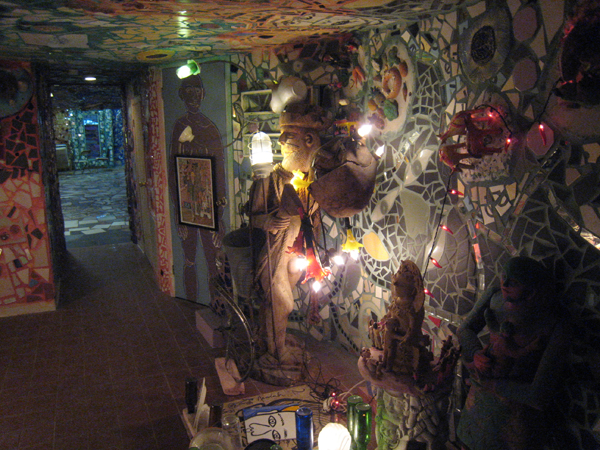 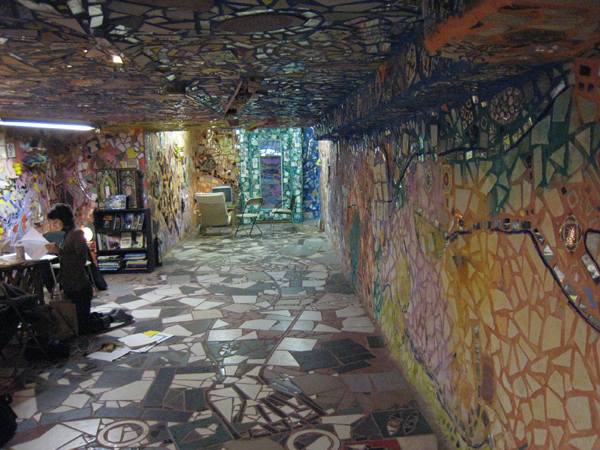 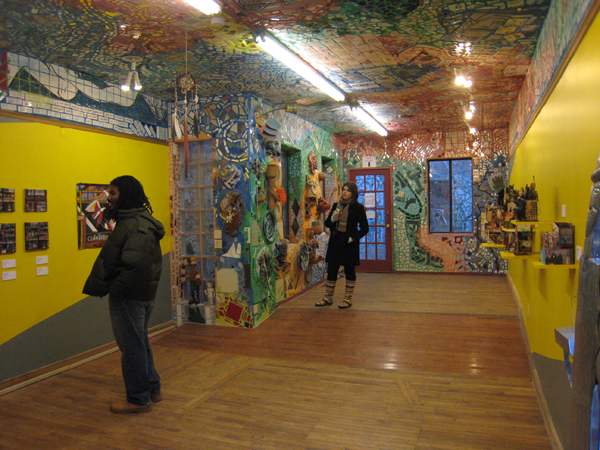 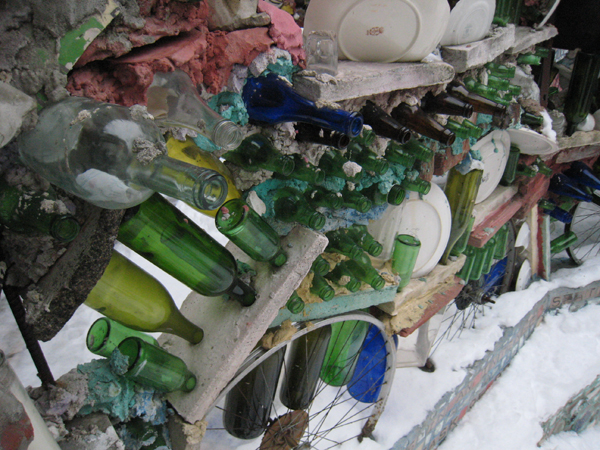 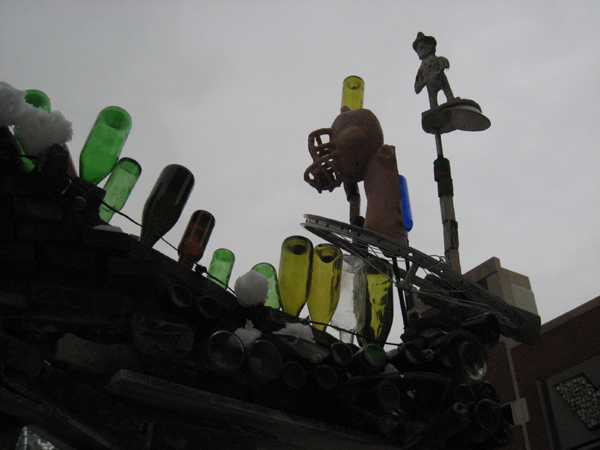 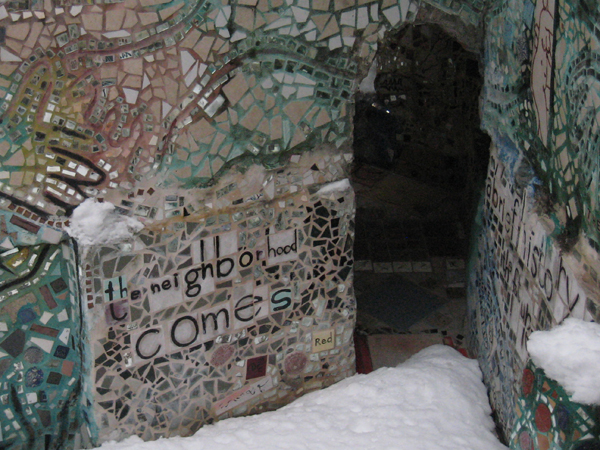 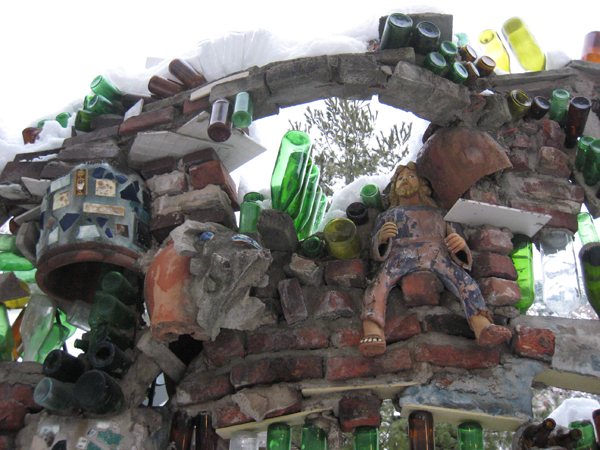 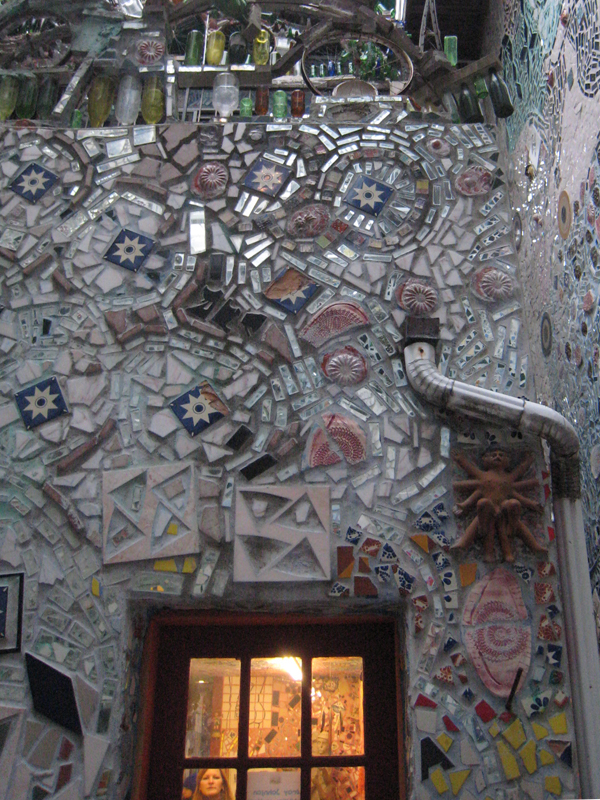 There were a few urban pioneers back then. One bright spot on South Street was a shop whose walls were covered inside and out with fanciful mirrored mosaics and drawings on ceramic. The Eyes Gallery imported South American molas, masks and ceramics, and its’ mosaics created a lively spirit amidst the urban decay.

Much to my delight 0n a rare walk down South Street this past winter, everywhere I looked I found those same fanciful mosaics I’d remembered. Big mosaics on alley walls, building fronts and door stoops. Not only had South Street become an urban shopping and entertainment destination, the mosaic magic had grown way beyond the old gallery storefront and into the whole neighborhood.

It was on this walk I discovered the ultimate expression of this great extravagance—a complete multi-level garden full of sculpture and imagination. While Isaiah Zagar, the mosaic artist and husband of the Eyes Gallery owner, was decorating surfaces throughout his neighborhood, he’d also spent fourteen years excavating and decorating tunnels and grottos on a three thousand square foot vacant lot next to his studio on South Street.

In 2004 the owner of the lot was ready to sell.  Fearful of losing their treasure, the neighborhood bought the property and created the nonprofit Philadelphia’s Magic Gardens, and dedicated themselves to preserving Isaiah’s garden and his other prolific mosaics on South Street. And now Philadelphia’s Magic Gardens is open to amaze every day of the year with tours, workshops and events.