“The 1968 Exhibit” is a blend of light pop culture—Mad Men style—that includes Jane Fonda’s Barbarella, the Beatles’ Yellow Submarine, TV’s Bewitched, Family Affair and Star Trek, Op art, macramé, trippy music, and Kodak Flashcube cameras, contrasted with the assassinations of Dr. Martin Luther King Jr. and Robert Kennedy, the demonstrations for Civil Rights and the Women’s Movement, and protests against the Vietnam War. In the end, the year witnessed the ominous election of presidential candidate Richard M. Nixon, and 1968 became a turning point for an entire nation. 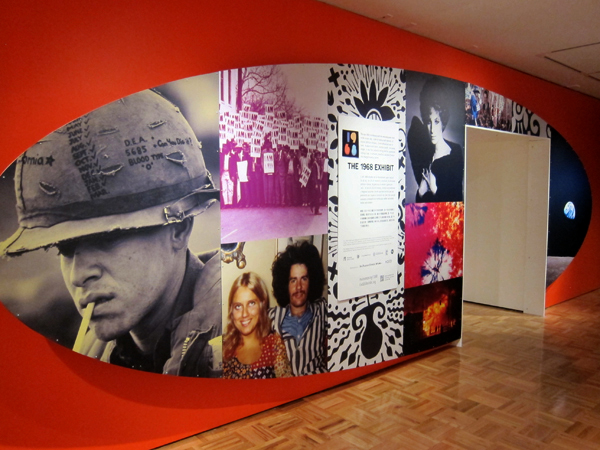 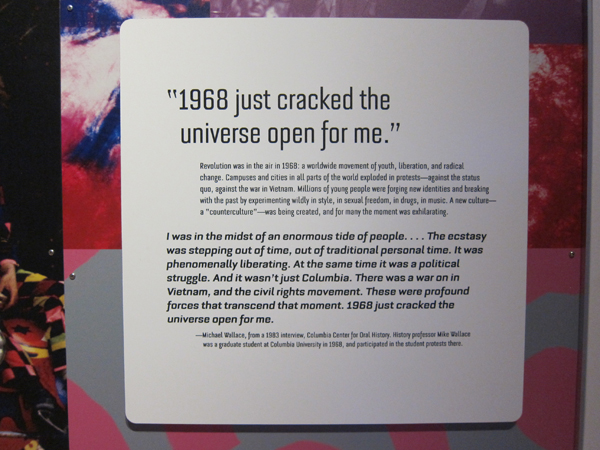 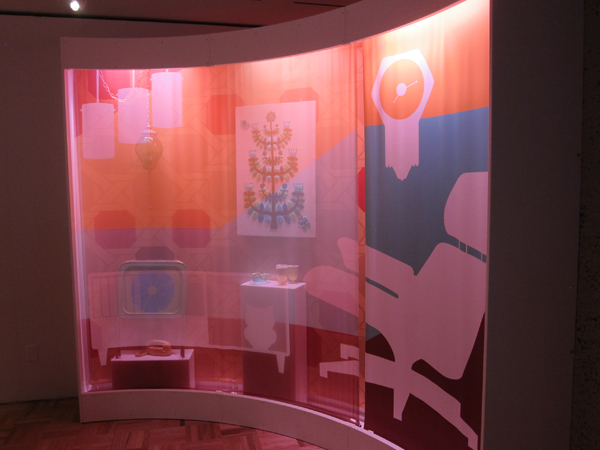 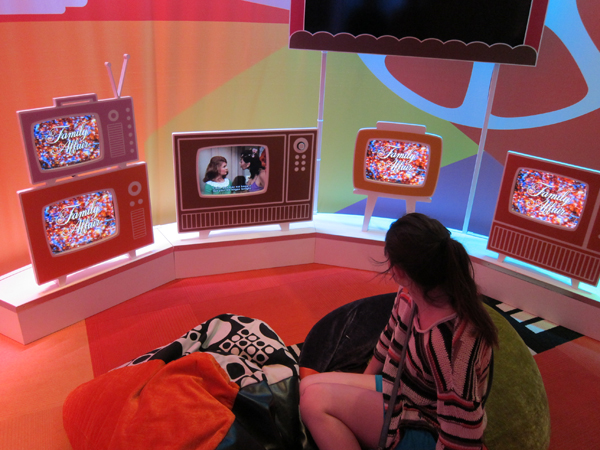 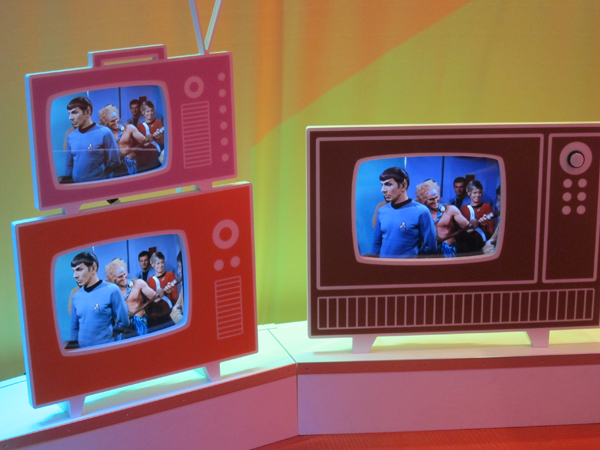 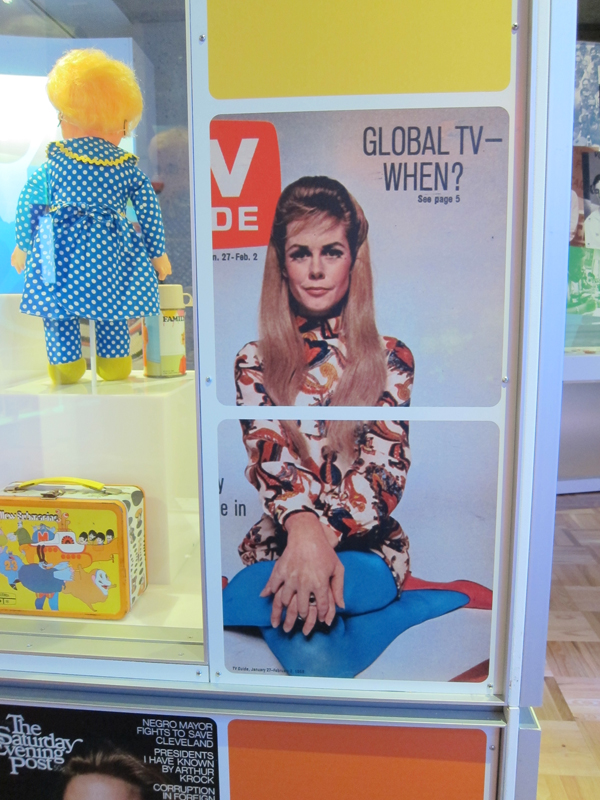 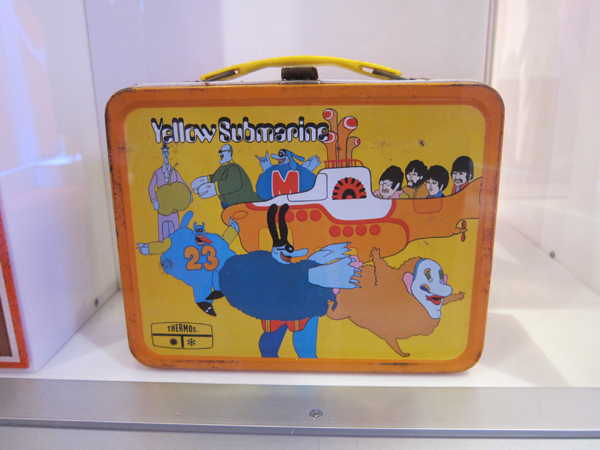 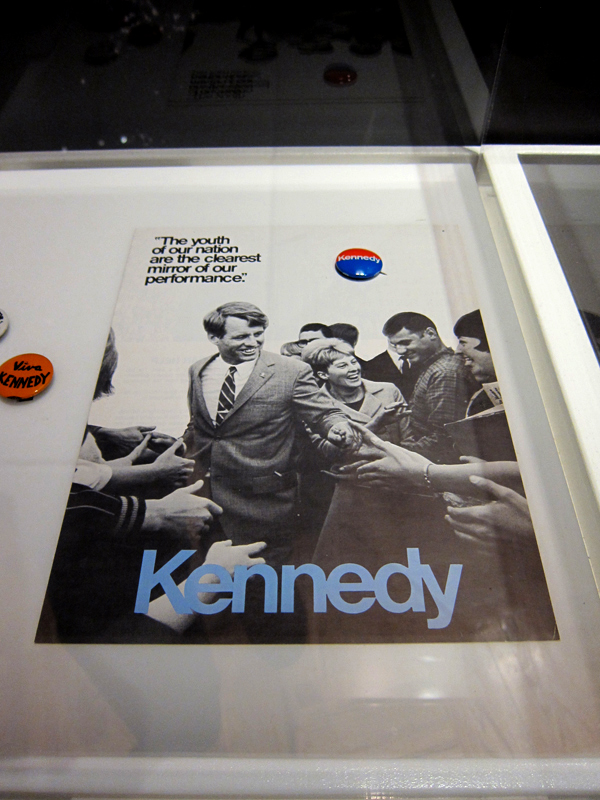 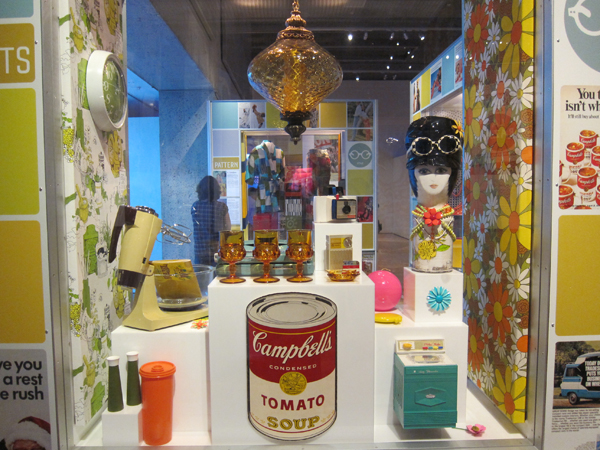 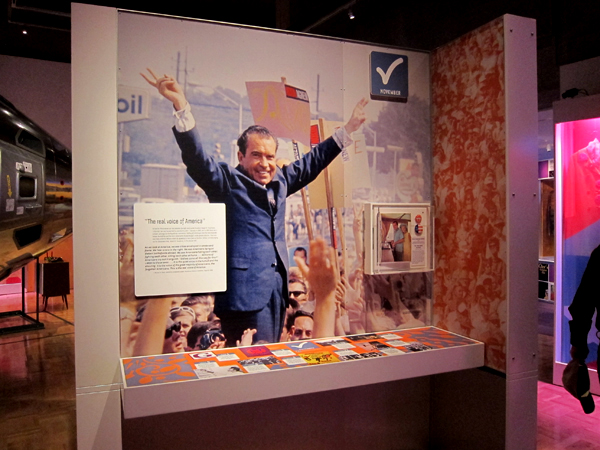 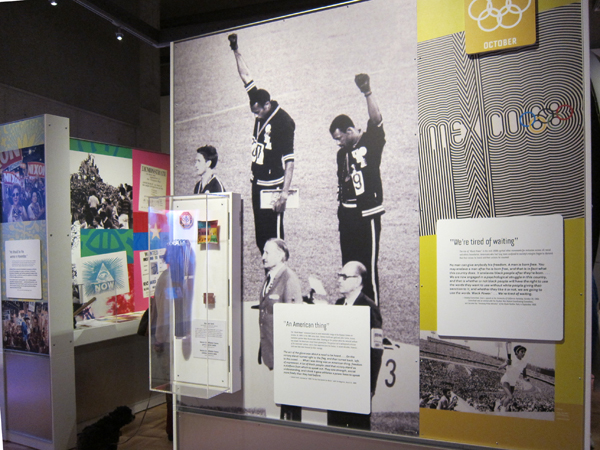 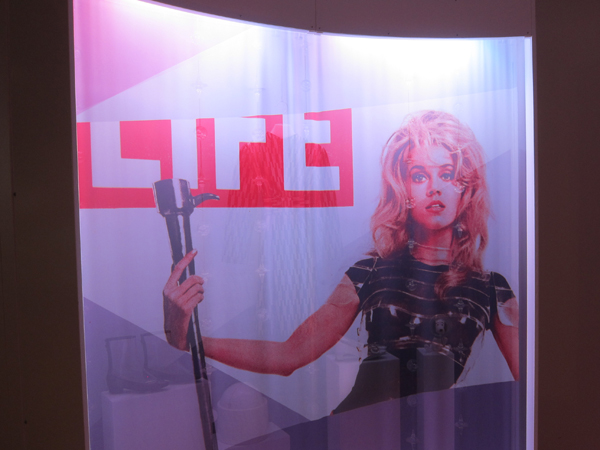 The exhibit was originally mounted by the Minnesota Historical Society, where my  sister-in-law, Wendy, is Head of Museum and Education Programs (if it were up to me, I’d just tell you Wendy invented 1968).

After August 19th, the exhibit heads off for dates in Pittsburgh, Philadelphia and St. Louis, through 2014. Highly recommended.

Read more about this year’s history in Mark Kurlansky’s book, 1968: The Year That Rocked the World.

All photos by Jay F. Miller.

This entry was posted in critical thinking, design, ideas that inspire, photo blog, places that inspire. Bookmark the permalink.

One Response to Places That Inspire. “1968” at The Oakland Museum of CA.